Although the weather was in a frosty winter mood attendance was good at the Palm Room on Wednesday.


Helen got things going by showing us a display of pictures illustrating the optical tricks used by artists in their work. The simplest of these is using perspective (linear or aerial) to create depth in the picture while artists such as Escher, Bruno Ernst, and in more recent times Bridget Riley deal only with illusion in their work. Even Salvador Dali used the illusion to good effect and trompe l'oeil has always been a popular art form. The display caused much amusement as we tried the "tricks" out on each other.


After we had eaten the Christmas fare and Pat and Paula had distributed the raffle prizes, we formed a circle to carry out the main aim of the evening. This was to pick a charity to support. Members had brought paintings, photographs, poems etc that represented something of meaning in their lives and which had influenced them enough to want to support a particular charity. The charities chosen were Help for Heroes, It's Your Choice, the Salvation Army, the Trussell Trust and the Wildlife Trust. We put a pound in the pot to vote for the one we thought we would support which turned out to be "It's Your Choice" sponsored by Di. This charity helps young people who are going through a difficult time in their lives and need help and support.


We were forced to end the very enjoyable evening through lack of time and our thanks go to Di and Helen for organising it and to Pat and Paula for arranging the raffle.


Finally we'd like to wish everyone a Happy Christmas and New Year and look forward to seeing all at the next meeting on January 28th 2015! 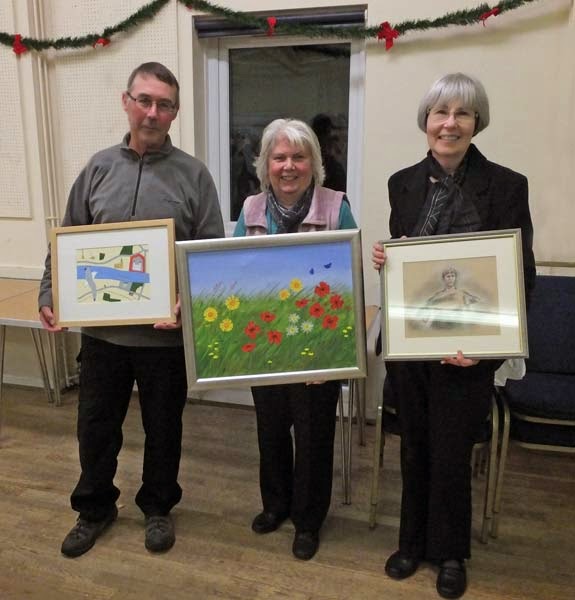 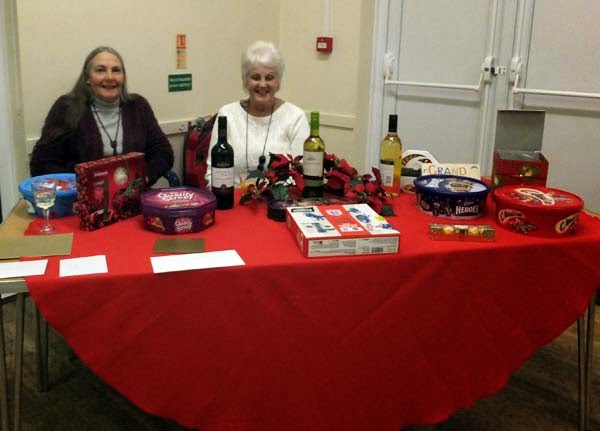 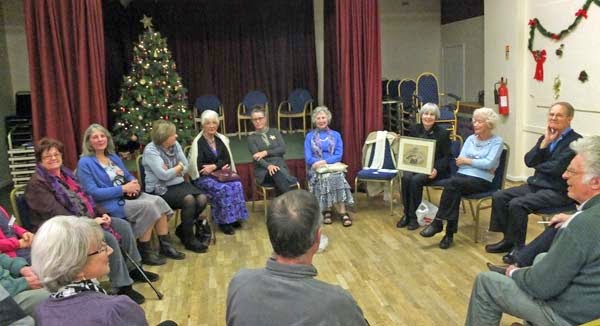 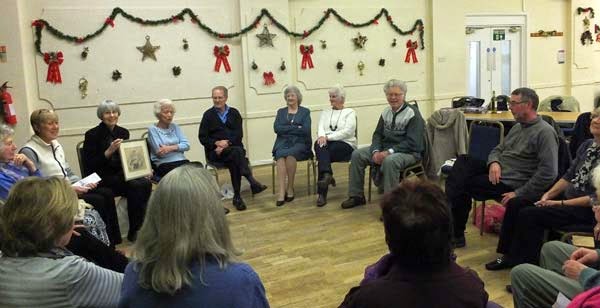 Posted by Tony Rackham; Betty Rackham at 10:48 PM No comments:

Christmas Party, 10th December in the Lilac Room at 7-30pm

This year our party will be a "Christmas Chat for Charity."
As well as "nibbles" bring along a painting or any object, song, poem etc that has affected you in some way in life and tell us about it. There will be a collection and a vote to decide which charity it should go to.
Our parties are always great fun so make your way to the Lilac Room, Civic Centre at 7-30 on 10th December.
Posted by Tony Rackham; Betty Rackham at 11:25 AM No comments: