The pastel workshop run by Graham Oliver was excellent.

Graham first told us about pastels and papers before taking us through the different stages in painting a scene based on the coast.


After drawing a basic composition and choosing our colours we laid the pastel on thickly, resisting the need to rub the pastel into the paper until the whole picture was covered. After the colours were blended we added final details such as rocks in the foreground and yachts in the distance.


The afternoon session was spent putting what we had learnt in the morning into practice on a still life painting set up by Graham.


The afternoon closed with a very constructive critique of our work by Graham.


had an inspiring day.


Posted by Tony Rackham; Betty Rackham at 6:53 PM No comments:

On Wednesday 25th June we welcome back Jake Winkle for a demonstration evening. He will be painting a Venetian scene in watercolour in his unique style. He sees the picture as a series of shapes in different colours and tones  and captures  light and movement  in a unique way. He is also an excellent teacher who did a memorable


workshop for us after his last visit. We look forward to an instructive and entertaining evening.

Also on the evening we pay for the Waterperry trip and collect entry forms for the Summer Exhibition.
Posted by Tony Rackham; Betty Rackham at 9:14 AM No comments:


His first premise for any art work is that it is a visual communication between artist and viewer.


The major part of a painting is the planning. This involves primarily observation and thinking of the content but also making sketches (about 12) and taking photographs (about 200) He will readily omit or move objects in a scene to achieve his aim of communicating what he feels about the painting. Light is an important factor especially with water as the subject.


He started his picture by using masking fluid to create sparkle on the sea. The mask is diluted and the brush dipped in a solution of warm water and detergent and then masking fluid each time it is used. Continual use produces a good splayed brush.


The sea followed using Ultramarine and Winsor Blue to produce horizontal streaks of colour. Areas around the masking fluid were darkened to emphasise the waves. The whole was carefully worked over and blended using a large brush. An atomiser produced streaks of colour to indicate reflections.


The distant headland was then painted using Permanent Rose and Ultramarine used pale in the distance and strong in the foreground. More detail was added with Green Gold and Burnt Sienna.


Finally, after putting in finishing touches and detail, a few yachts were placed to emphasise the focal point of the painting.


The final result was a beautiful picture which Robert has very kindly given as a raffle prize at our Annual Exhibition. 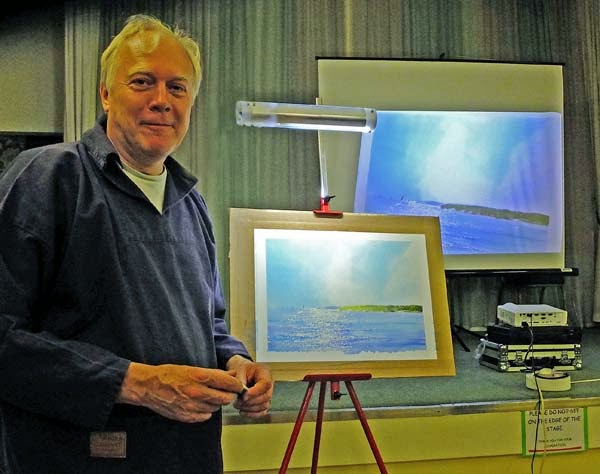 Rob with the finished painting 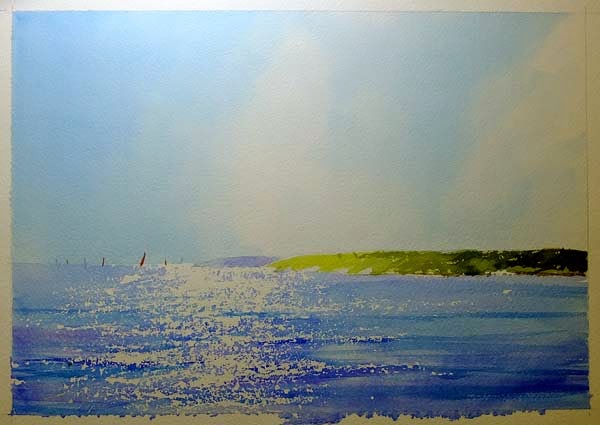 Light on the sea 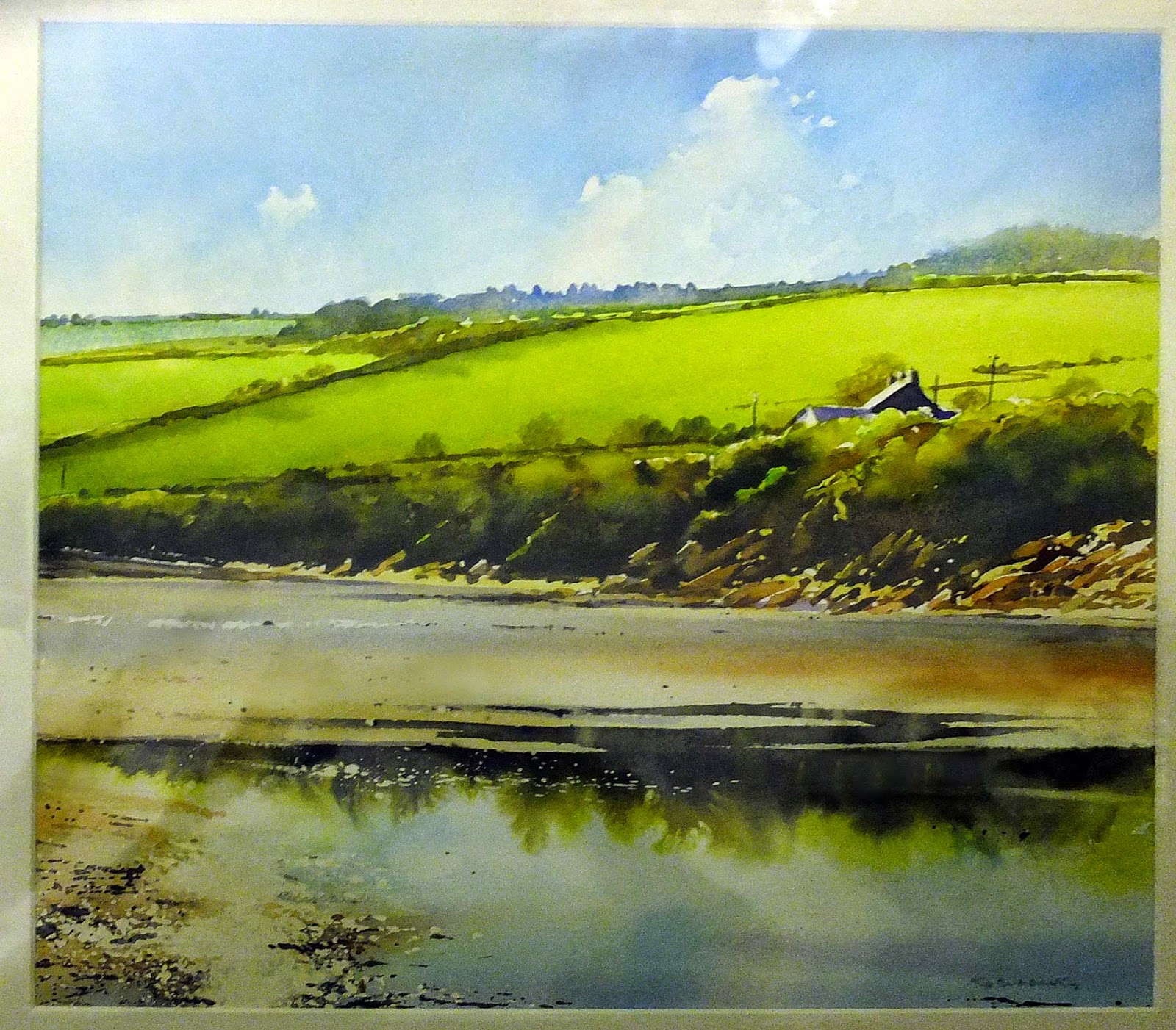 Another of Rob's paintings
Posted by Tony Rackham; Betty Rackham at 4:55 PM No comments: