Claire, Anne, Mary and her husband Mike went to the final day of the Affordable Art Fair in London on Sunday. This is an annual event.  Claire says it is well worth the visit as there are so many different media and styles of art on display. She has sent pictures of three demonstrations of oil portraits - very relevant after the August meeting. 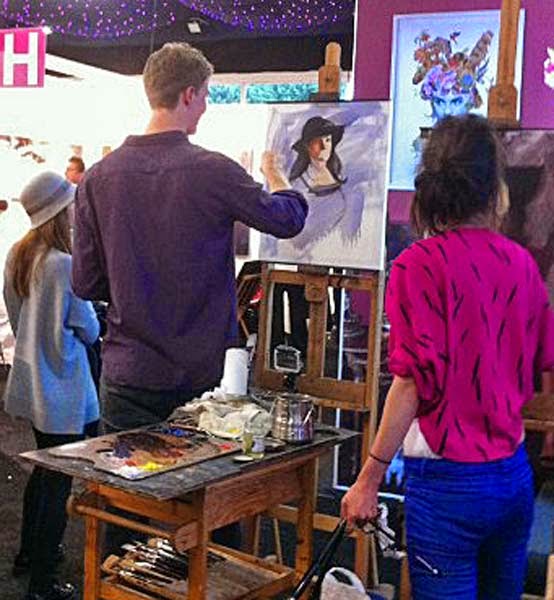 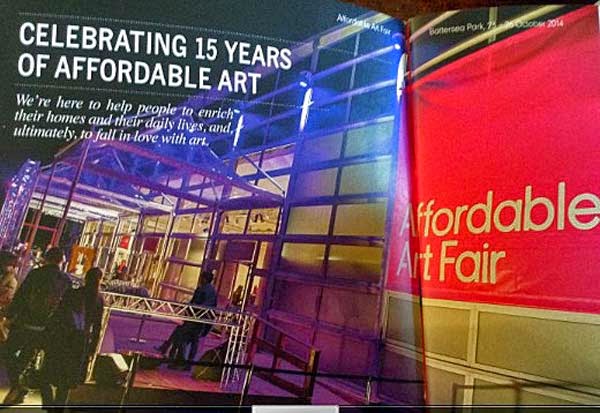 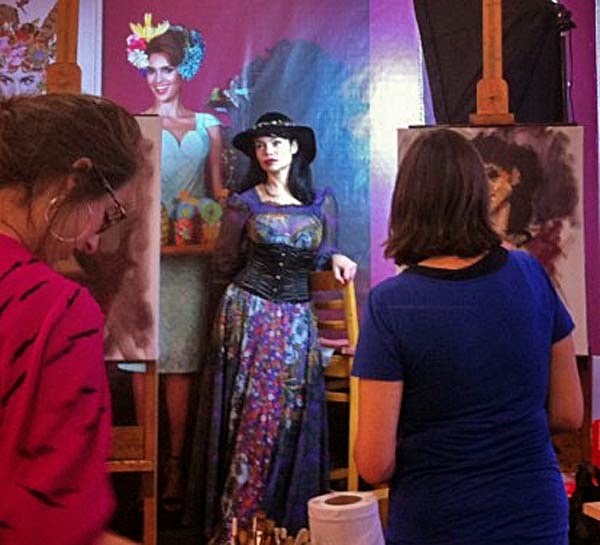 Posted by Tony Rackham; Betty Rackham at 6:08 PM No comments:

Our meeting with Derek Witts on October 22nd was cancelled at very short notice so instead we were shown three DVDs.

THE FIRST was a demonstration by Geoff Kersey on painting a bluebell wood in watercolour.

He sketched in the main elements of the picture and masked off tree trunks, branches and a horizon line. Then the basic washes were mixed to produce different greens and yellows for the tree canopy and blue for the sky. The colours used were :-
aureolin and cobalt blue
lemon yellow
aureolin, ultramarine and raw sienna
ultramarine and burnt sienna
viridian
cobalt blue and manganese violet for the sky.

After thoroughly wetting the paper the washes were applied starting with the sky and ending with the darkest green in the foreground. The painting was then left to dry.

The next stage was to paint the bluebells The masking fluid on the horizon line was removed and the distant bluebells painted in sky colour. The colour was deepened toward the foreground. Green was put around the base of the trees and edge of the path.

Masking fluid was removed from the tree trunks which were then washed with sky colour and burnt sienna for distant trees and branches and raw sienna added to the mix for frontal trees.

Lemon yellow was added to the foliage using a No. 8 brush on its side and shadow areas emphasised in the same way using dark green mixes.

Geoff then started on the final stage of painting the path using a wash of raw sienna and burnt sienna. A highlight was removed with a dry brush and dappled shadow added using sky colour.

Bluebell colour was deepened in the foreground and highlights added by mixing the colour with a small amount of white gouache.

After sketching in the rock, wave and sand  started painting by putting in the sky using ultramarine and alizarin. Then the foam was placed behind the rock using titanium white and cadmium yellow pale. The rock was painted using a mix of burnt sienna and ultramarine with reflections at the top using deep sky colour and some sap green at the base. Fissures were represented using a rigger brush and dark rock colour and white trickles of water.

The sea was painted next using dark ultramarine and cobalt blue and foam put in at the edge. Spattered foam was added over the wave burst and wave and the sand painted in yellow ochre. Highlights were put in using titanium white.

The Final DVD  was Vic Bearcroft's demonstration of an Amur Leopard in pastel.

Vic was using his own photographs taken in a zoo for his basic drawing. He did a basic outline and then put in the dark markings with raw sienna using soft pastel and yellow for the light areas in the fur. The eyes were painted with hard Conte pastel using yellow for the base of the eye and highlight on top of the black pupil. Dark pink was used for the nose with a black outline and shadows and black for  the mouth. The next stage was to strengthen the fur colours and add the white of the chest and white highlights on the ears. Finally firm flicks of hard white pastel were used to put in the whiskers.

All three videos were very helpful and informative and the evening successful.

Posted by Tony Rackham; Betty Rackham at 5:14 PM No comments:

Our next Demonstration is this Wednesday (22nd October) at the Three Score Club. David Witts will paint a portrait of a cat in watercolour. This should be very interesting as it always seems difficult to paint fur in watercolour and animal eyes are usually a challenge in any medium.

The One-Day-Sale is on Saturday 15th November and Mary Maskell will be giving out details for handing in paintings etc
Posted by Tony Rackham; Betty Rackham at 10:35 PM No comments:

Joan finished her picture which she started at our demonstration evening and has kindly sent us a photograph. 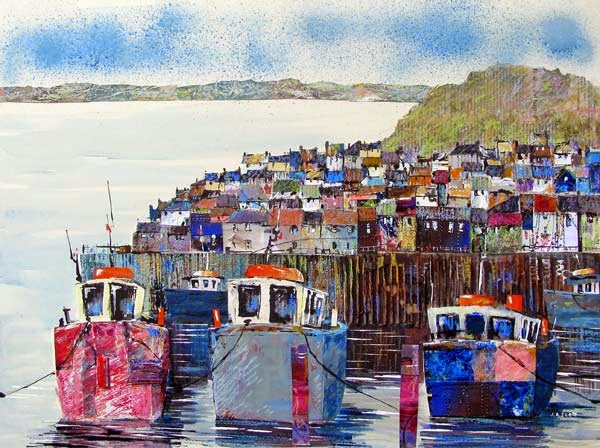 Posted by Tony Rackham; Betty Rackham at 9:22 PM No comments:

At the Hillier gardens there is an exhibition by the New Road Art Group. There is a wide range of  subjects represented all approached in a non-traditional way using a variety of media. The result is an unusual and inspiring exhibition. Entry is free and the exhibition runs until28th October.

At Mottisfont Abbey there is an Open Show which includes craft work, sculpture, embroidery as well as paintings in different media from more than 90 different artists. The show runs until November 16th.  Normal National Trust entry fee required.
Posted by Tony Rackham; Betty Rackham at 3:54 PM No comments: