The blog contains society news and activities. You are welcome to comment on the pages. Find out more at: tottonartsociety.org and Facebook: www.facebook.com/groups/134056857189218/

Nick was working in his studio. 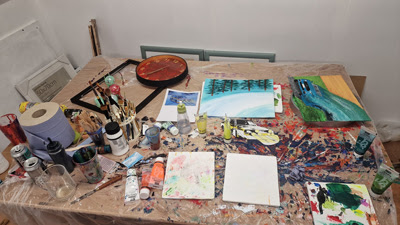 He firstly showed us the 3M Command Large picture mounting strips that are claimed to hold 7 kg. He uses them to hang some paintings on his studio walls. They can be pulled off again, taking only the paint layer. 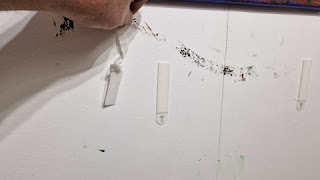 Nick's work in progress was half a dozen acrylic paintings, at various stages of completion. He applies paint generously in sections. Then he moves on to the next picture while the first one dries. Backgrounds are painted first, some areas might  include Pebeo metallic paints. This one is still in progress. 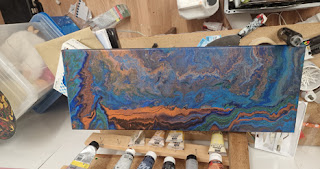 Here is a Biblical Sky. 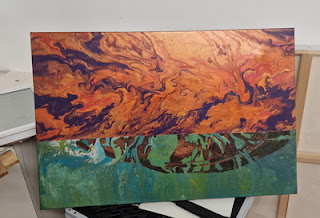 Here Nick has painted the trees and is using a cutout to position to try various positions for the rally car. 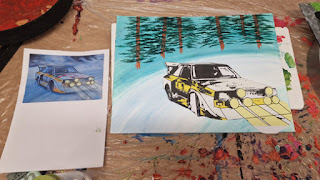 This Mustang car painting is work in progress. 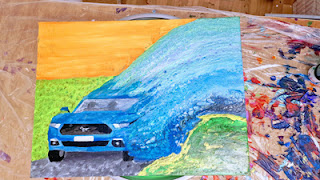 Here is his Psycedelic Hatchett Pond. 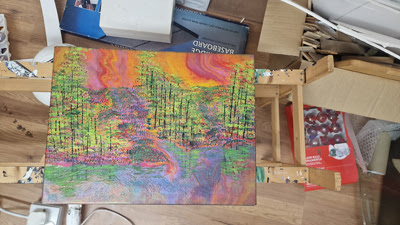 This is a Canadian Headland. 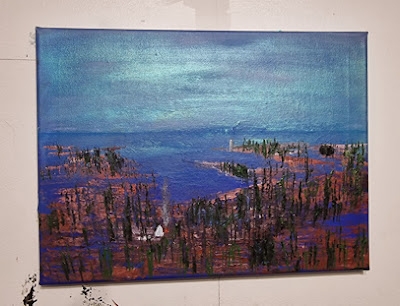 The theme of the month was Pattern. Betty had drawn a patterned drinking glass in graphite. 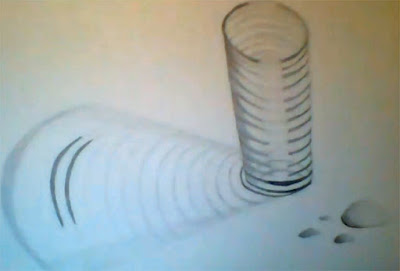 She had also painted humming birds with a flower using watercolours. Tony had taken a video of a hummingbird hawk moth feeding nectar from a flower. 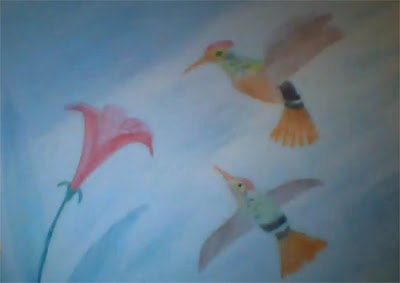 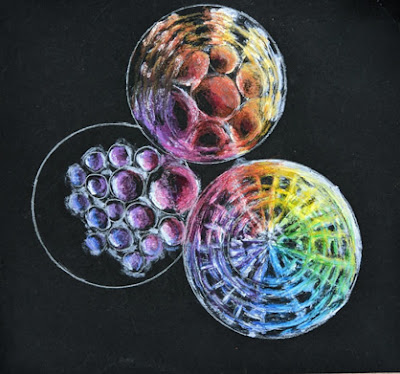 She had also painted Choosing a Man - depicting a girl searching a dating site online. Sections of the screen formed a faint pattern on her face. 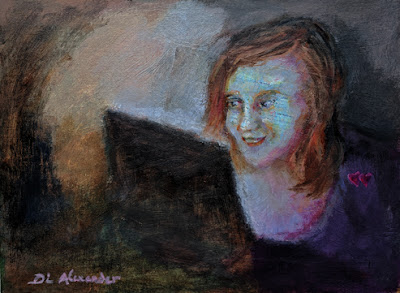 Discussions included: the cost of selling paintings in galleries, Nick selling his own paintings and jewellery at Winchester Sunday markets with his peddler's cart... 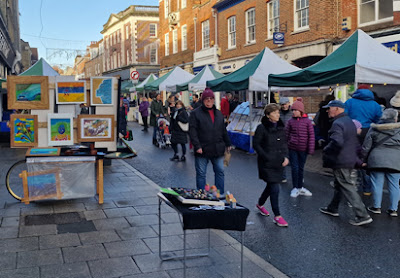 ... and Nick's home gallery in his garden cabin. 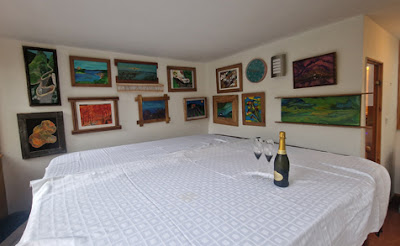 The theme for December's meeting is MUSIC.